Part of: Prelims and GS II – Health and GS-III – Pollution

Context The Supreme Court on Friday said Chief Secretaries and top administrative and police officials will be held personally liable if banned varieties of firecrackers are found to be used in any of the States.

Context The Unique Identification Authority of India (UIDAI) has asked for exemption from the Personal Data Protection (PDP) Law.

Genesis of the Bill

Part of: Prelims and GS-II – health and GS-III – Linkage of organised crime with Terrorism

About United Nations Office on Drugs and Crime

What is happening in Myanmar? 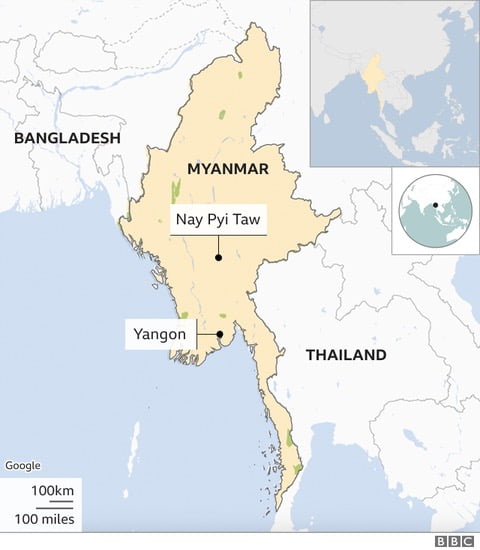 What role is ASEAN playing in this crisis situation?

Context: Former Punjab chief minister Captain Amarinder Singh announced that he will be forming his own political party in Punjab which will be registered with the Election commission.

What is the procedure for registering political parties?

Why registering with the EC is important?

How EC recognises a political party as a state or national party?

Several conditions are followed by the Election Commission to recognise the parties as a state or national party.

State Party – The registered party has to satisfy any of the 5 conditions.

National Party – The registered party has to satisfy any of the 3 conditions.

What are the perks of recognition as a state or national party?

In News: NITI Aayog recently released a comprehensive report titled Health Insurance for India’s Missing Middle, which brings out the gaps in the health insurance coverage across the Indian population and offers solutions to address the situation.

Key highlights from the Report:

Oct 27: Liberalisation of private schools is necessary for all Indian children to be educated – https://www.orfonline.org/expert-speak/liberalisation-of-private-schools/

However, irrespective of where these students study, learning outcomes that were poor to begin with, have fallen rapidly due to the pandemic. Also, there is very little evidence that either public schools or lowbudget private schools, under the current regulatory setup, have the capability to deliver high-quality education at the scale that India needs.

The Case being – The ideological imperative that being a noble cause, education must remain not-for-profit is especially bewildering when compared to the evergreen coaching industry and the more recent EdTech sector. The huge influx of capital and people that’s seen in these two sectors is a clear indication of the huge latent demand for quality education in schools as well.

It has to include both a rationalisation of the regulations as well as the removal of the philanthropic mandate.

Q.1 Unique Identification Authority of India (UIDAI) comes under which of the following Ministry/agencies?

Q.3 Pneumonia is caused by Which of the following?

On Dual Character of India’s Federalism:

On India–Russia Cooperation in the Arctic: