New Rewari – New Madar Section Of WDFC to be flagged off

DRDO Signs MOU with MAHA-METRO for implementation of Advanced Biodigester

Ammoniacal nitrogen (NH3-N) is a measure for the amount of ammonia, a toxic pollutant often found in landfill leachate and in waste products, such as sewage, liquid manure and other liquid organic waste products. 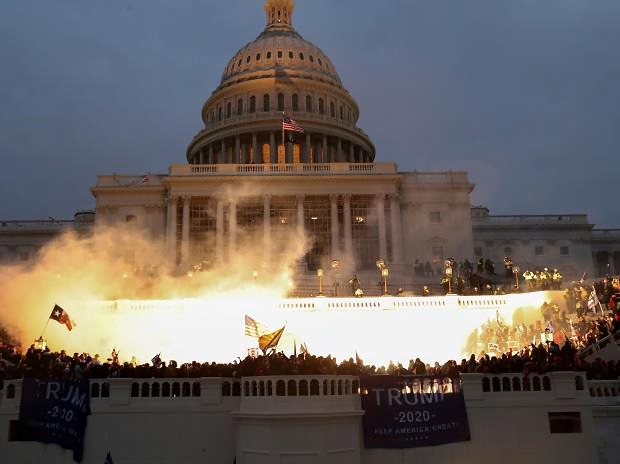 Context: A ceremonial session of Congress to formally declare President-elect Joe Biden’s victory devolved in an instant into a scene of violence and mayhem in the Capitol on Wednesday when a pro-Trump mob stormed the building, halting the counting of electoral votes.

What were the protesters targeting?

How is the situation now?

Context: On Human Rights Day 2020, the Maharashtra cabinet approved the Shakti Bill, enlarging the scope of harsher and mandatory sentences — including the death penalty — for non-homicidal rape, to purportedly deter sexual offences.

Criticisms of the Shakti Bill

Q.1 Chattergala Tunnel will be constructed at which of the following?

Q.2 Which of the following is the only riverine major port of India?

Q.3 World Bank is headquartered at which of the following?

Q.4 Which of the following statement regarding a biodigester is incorrect?

On US efforts to Wikileaks founder:

About maternal and child health interventions: