In news A former naval officer who is an expert in soil-less agriculture has been carrying out campaign, ‘Mission Turmeric 2021’

What is soil-less agriculture?

In news The RBI has announced a scheme under which retail investors will be allowed to open retail direct gilt accounts (RDG) directly with the central bank.

What are the features of the scheme?

What is Government Security (G-sec)?

Important findings with regard to output/production industries (For May 2021) 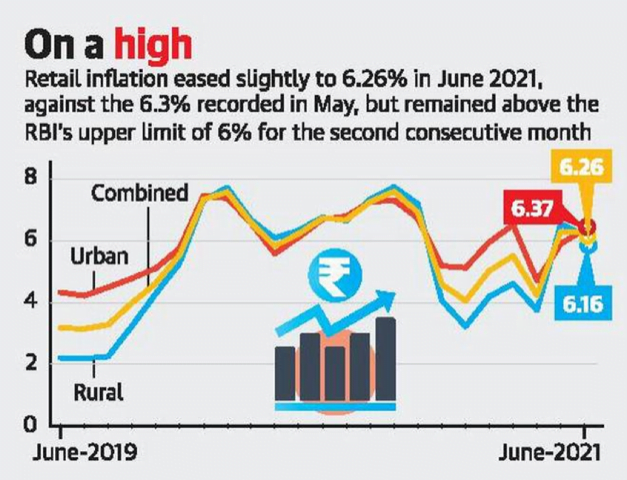 In news Recently, the Nagaland Government appealed to all Naga political groups and extremist groups to cooperate in establishing unity, reconciliation and peace in the region.

What is the background of Naga Insurgency?

What are the demands of Naga Groups?

Prioritising school reopening on the road to recovery

Context: Most schools in India have been closed since the national lockdown started in March 2020.

Given the costs of prolonged school shutdown, there is a need to probe deeper into the risks of opening schools in the context of COVID-19.

We cannot let our children suffer for that long, by further prolonging school closures. Policymakers must make evidence-based decisions toward school reopening.

Context: A new population policy released by Uttar Pradesh’s CM has stated that it not only aims to bring fertility levels down, but also, notably, to “ensure there is a population balance among various communities”

The policy comes at a time when The Uttar Pradesh State Law Commission has prepared a proposed draft bill for population control.

Draft Population Control Bill under which a two-child norm would be implemented and promoted has the following incentives:

Other Key Provisions of the Proposed Bill

Issues and concerns associated with the Bill:

Any government interested in supporting fertility decline, then, must go to work on the education and empowerment of women and respecting their choice.

Q.1 Agricultural and processed food products export Development Authority comes under which of the following Ministry?

Q.2 Consider the following statements regarding advantages of soilless agriculture

Q.3 Consider the following statements regarding WPI and CPI

On Regional Powers and Afghanistan:

On Tracing the decline of US Power: