What will be its role?

Part of: Prelims and GS I – Art and culture

Context: At a time when Kathaprasangam is literally on the verge of extinction, a youth from Koodaranhi village in Kozhikode is making people aware of social issues through the art form.

Context: Ministry of Commerce and Industry and Manufacturing industry have set up the Steering Committee for Local Value Addition, Manufacturing and Exports or SCALE to revive manufacturing.

Context Judima, the wine brewed by the Dimasa community in Assam, has been awarded the geographical indication (GI) tag.

Part of: Prelims and GS-II- Health

Context The Indian Council of Medical Research’s (ICMR) has recently released ‘Clinicopathological Profile of Cancers in India: A Report of the Hospital Based Cancer Registries, 2021’.

What are its key findings? 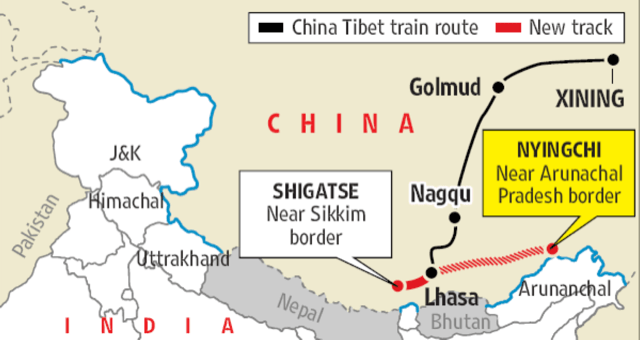 Part of: GS-Prelims ad GS-II: India and other countries

In News: First in-person Leaders’ engagement, renewing their close relationship and charting a new course to advance the partnership between the world’s largest democracies.

A. Building a strategic partnership and working together with regional groupings, including ASEAN and Quad members, to promote shared interests in the Indo-Pacific region and beyond –

B. Developing a trade and investment partnership that increases prosperity for working families in both countries

C. Finishing the fight against the COVID-19 pandemic and other health challenges

D. Galvanizing global efforts to scale up climate action: Through the two main tracks of the Strategic Clean Energy Partnership (SCEP) and the Climate Action and Finance Mobilization Dialogue (CAFMD) under the U.S.-India Climate and Clean Energy Agenda 2030 Partnership, the United States and India will accelerate clean energy development and deployment of critical technologies to advance a clean energy transition. India welcomed the United States joining the Leadership Group for Industry Transition (LeadIT).

E. Strengthening democratic values and institutions in support of our respective peoples

F. Enhancing people-to-people ties that have made both countries stronger

Based on the foundations laid down in the form of Jan Dhan, Aadhaar and Mobile (JAM) trinity and other digital initiatives of the government, Ayushman Bharat Digital Mission will

The key components of Ayushman Bharat Digital Mission include

Ayushman Bharat Digital Mission Sandbox, created as a part of the Mission, will act as a framework for technology and product testing that will help organizations, including private players, intending to be a part of National Digital Health Ecosystem become a Health Information Provider or Health Information User or efficiently link with building blocks of Ayushman Bharat Digital Mission.

Will AUKUS be a game changer?

The short answer is that it is unlikely, and the reasons are several.

Does India stand to gain from this development?

Context: With close to 85 crore doses of COVID-19 vaccine doses given in India so far, government has disclosed plans to resume export of the India-made vaccine from October, under a programme called ‘Vaccine Maitri’, to foreign countries as well as COVAX.

How many doses has India supplied abroad?

Why did India stop vaccine exports?

What has changed now?

In News: On September 24, President Biden hosted Prime Minister Scott Morrison of Australia, Prime Minister Narendra Modi of India, and Prime Minister Yoshihide Suga of Japan at the White House for the first-ever in-person Leaders’ Summit of the Quad. The leaders have put forth ambitious initiatives that

A. Deepen our ties and advance practical cooperation on 21st-century challenges: Ending the COVID-19 pandemic, including by increasing production and access to safe and effective vaccines;

D. People-to-People Exchange and Education: Launch the Quad Fellowship: The Fellowship will sponsor 100 students per year—25 from each Quad country—to pursue masters and doctoral degrees at leading STEM graduate universities in the United States

E. Critical and Emerging Technologies: Quad leaders are committed to working together to foster an open, accessible, and secure technology ecosystem.

F. Cybersecurity-Launch a Quad Senior Cyber Group: To advance work between government and industry on driving continuous improvements in areas including adoption and implementation of shared cyber standards; development of secure software; building workforce and talent; and promoting the scalability and cybersecurity of secure and trustworthy digital infrastructure.

As new geopolitical and geo-economic realities emerge in the Indo-Pacific, India is now a critical node in the emerging network of variable geometries in the region. There are important opportunities in the evolving dynamic for New Delhi, as new alliances are crafted and new goals enunciated.

The Quad is here to stay and its outlines are becoming clear as a ‘flexible group of like-minded countries’ that will work together on diverse and urgent areas. The question now is the willingness and ability to forge ahead.

Can you answer these questions?

Q.1 Which of the following does not come under 28% GST slab?

Q.2 ICMR, New Delhi is the apex body in India for the formulation, coordination, and promotion of biomedical research. It is funded by which of the following?

Q.3 Judima, the wine brewed by the Dimasa community has been awarded the geographical indication (GI) tag recently. The community belongs to which of the following states of India?

On Tourism and Inclusive growth: